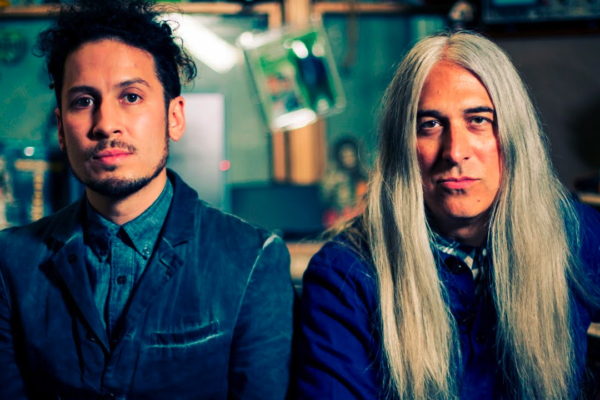 “Yacht rock” is a term coined by filmmaker J.D. Ryznar for his web series of the same name, a fictionalized account of the late ’70s soft rock scene. The parameters are a bit difficult to define, but the same names come up whenever someone tries: Kenny Loggins, Michael McDonald, Hall and Oates, and Christopher Cross, with others less consistently included. A rough definition might be: highly produced smooth pop-rock, with little or no heavy guitars, typically a steady mid-tempo and highly compressed drum track, an earnest, soulful vocal delivery, and a varying dose of jazz-inflected harmonic writing. (It’s understandable that Ryznar lumped Steely Dan in with this bunch, but I would argue that Donald Fagen’s wide-ranging lyrics and cynical, biting vocal delivery make that group a poor fit.)

This micro-style was massively successful and pervasively influential in the late ’70s, drawing many acts from other genres to make their own forays into soft rock, and subtly bleeding over into the early synth-pop era, as evidenced by songs like “Joanna” by Kool and the Gang and many others.

There’s a lot of mockery of “yacht rock” (though Ryznar’s series was an affectionate homage, not a slam). And it’s certainly a soft target, pun intended. With the exception of “Takin’ It to the Streets” by the McDonald-era Doobies, I can’t think of a single song in the genre that has a real edge or a non-domestic agenda, and to me even that song feels forced and awkward. Yacht rock is all about seeking bliss, peace in relationships, satisfaction in middle class life. The primary source of angst in the lyrics is the fear of being misunderstood by a romantic partner. So in a decade that produced the anarchic energy of punk and the no-holds-barred party and solidarity anthems of funk and disco, it is not surprising that yacht rock has long been seen by some as a Grammy-friendly sell-out.

Lately it seems there has been a reappraisal. Articles are popping up all over the place about this genre, and the tone is often generous and almost apologetic. Is yacht rock cool again? Not quite. I’ll start believing that when there’s a genuine hit.

But there is a record from 2015 that is an absolute gem, made with the specific and stated intent of honoring and extending the style. Young Gun Silver Fox is a duo made up of two very busy musicians with extremely diverse resumes. Shawn Lee (Silver Fox) is a composer, producer and multi-instrumentalist who moved from LA to London in the mid 90s. He has won awards for video game music, worked with artists from Jeff Buckley to Will Young, and released 10 instrumental albums as Shawn Lee’s Ping Pong Orchestra. Andy Platts (Young Gun) is a successful UK singer and writer, who leads the band Mamas Gun, and has written chart hits for a number of Southeast Asian acts including the number one single “Shine Your Light” for Korean singer Park Hyo Shin.

Together they have made the album West End Coast. If you like the acts mentioned at the beginning of this piece, you will absolutely love this collection. It is a startling achievement in its recreation of the sound and its evocation of the era. I would love it if only for the opening track, “You Can Feel It.”

Not that it is purely an act of imitation. The songs are distinctive and reflect the combined sensibilities of their creators. Platt told last.fm: “There’s a certain richness and sheen in those records which left a really high watermark in record-making. There’s no doubt that creatively and sonically it came from an almost exclusively American place but I think we have an even quirkier mix going on thanks to where and how we made West End Coast. There’s a definite British influence in there too somewhere which only serves to make it more distinctive in my opinion.”

West End Coast is one more example of something that has been much on my mind lately. When the teenagers and the cameras and the charts move on, it doesn’t mean that a style is artistically done. Some songs want to be done in a certain way, and that imperative doesn’t care what year it is.