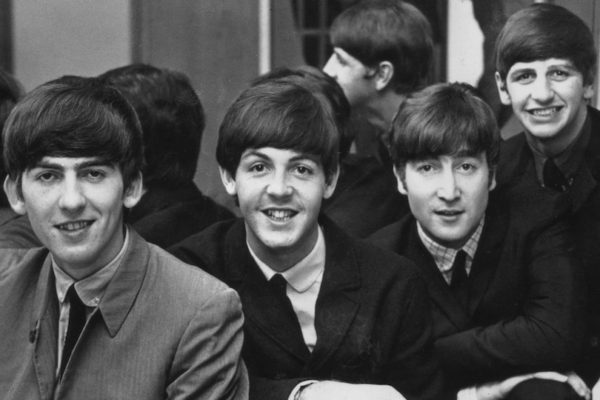 If there’s a disbanded rock band that makes the press as regularly The Beatles, we don’t know who they are. Part of it can be attributed to the unflagging passion of Fab Four fans; part of it, to the remarkable individual careers each of the four members of The Beatles had afterwards. At CultureSonar, we actually have at least one new blog post to share about John Lennon, Paul McCartney, George Harrison, and/or Ringo Starr every week. Below are the ten that garnered the most traffic online in 2017.

1. 10 Things You Didn’t Know About “I Am The Walrus”
Our resident “Beatle-ologist” Scott Freiman had some truly fun facts to share about this song with cryptic lyrics by Lennon and an innovative arrangement from producer George Martin.

2. Paul McCartney’s Ram Reconsidered
This album was eviscerated by critics on its release but writer Ken Hymes made a persuasive case on why it deserves a second look (and listen).

3. Five Beatle Bass Lines NOT Played by Paul McCartney
It takes a bassist to write about bass guitarists, which may explain why John Montagna’s piece celebrating Lennon’s and Harrison’s turns on the instrument was such a hit with our readers.

4. Two by Four: Best-Selling Albums from Each Beatle After the Break-Up
You probably already know All Things Must Pass and Double Fantasy are among the top — but guess what else is? Bob Condren has the answers.

5. Jimi Hendrix and “A Day in the Life” – Part Deux
Scott Freiman’s exploration on Hendrix’s possible influence on this song by The Beatles generated a lot of discussion.

6. 10 Best Guest Performances on Beatles Records
Blogger Jim Beviglia celebrates the contributions of French horn player Alan Civil (“For No One”) and piccolo trumpeter David Mason (“Penny Lane”), among others.

7. The 10 Best Paul McCartney Songs You May Never Have Heard
From “Dear Boy” to “Jenny Wren,” McCartney has cranked out some unforgettable tunes in his post-Beatles career.

8. The 10 Best John Lennon Songs You May Have Never Heard
Just a hairsbreadth behind, Lennon’s catalogue — from “Isolation” to “I Don’t Want to Face It” — also got a lot of love from Beatles fans.

9. Stop Knocking the American Releases of The Beatles, Already
And now a few words on the pros and cons of Dave Dexter, the Capitol Records exec who prepped The Beatles’ LPs for the American market in the ’60s.

PS. In case you missed it, our list of great country-music covers of the Beatles. And our thought-provoking discussion on whether George Harrison surpassed “All Things Must Pass”.