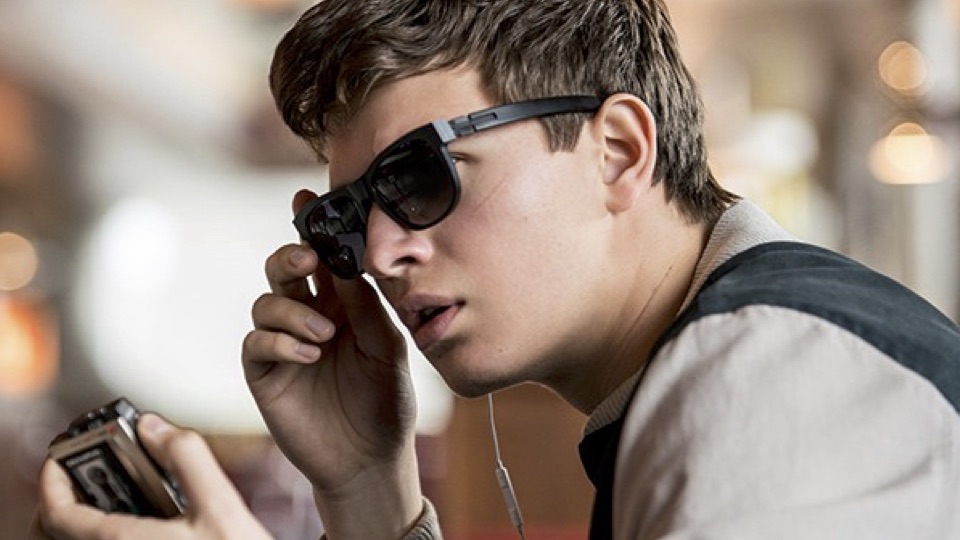 (Don’t worry – no spoilers ahead)

The breakout 2017 movie hit Baby Driver includes a cabal of big actors (Ansel Egbort, Kevin Spacey, Lily James, Eiza Gonzales, Jamie Foxx, and John Hamm). The movie is a fast-moving, unpredictable thriller with a surprising yet satisfying ending popular with audiences.   The story involves a group of criminals organized by Spacey who score a number of dangerous robberies, each more daring than the previous, leveraging the superb driving skills of Miles, aka “Baby” (Egbort).   Baby is indentured into this role as payback for robbing one of Spacey’s character’s cars. He’s a master driver, capable of evading the authorities through dazzling maneuvers and nervy adjustments. A violent car accident as a child killed Baby’s parents and afflicted him with loud ringing in his ears (tinnitus) which he masks by listening to music during “jobs” via earbuds and a variety of iPods.

Related: “Movie Car Chases That Race Into the New Millenium”

It’s this latter plot point that drives the movie to its memorable soundtrack.   First, the name of the movie is taken from a Simon and Garfunkel song from the album Bridge Over Troubled Water about a hot rod teenager and his car (you’ll hear it in the closing credits). Staring with the first six minutes of the movie, set to the funky “Bellbottoms” by The Jon Spencer Blues Explosion, you immediately get a taste of what’s to come.  More than just an awesome soundtrack, the movie hits beats and pauses to the cadence of each song. Example: as the group enters the bank and the door closes behind them, “Bellbottoms” pauses. We cut to Baby, sitting in the car also paused and sitting motionless, and when the music kicks back up with a scream, Baby starts headbanging to the beat. And it’s this way for the entire film, using the structure of the song to drive the action.

In another scene, the classic “Tequila”, this time covered by Button Down Brass, is the track behind a gun deal that doesn’t go exactly as planned.   Not only is this version of the song both familiar and unfamiliar, but gun shots also fire to the cadence of the song, and even to the seven beats before the pause in the song, and “Tequila”.   As the group is driving away, a grenade tossed by Foxx’s character explodes to the final word of the song, also spoken by Foxx at the same time, of course, “Tequila”.

When a major heist goes very bad, Baby is chased into a mall to the frenetic yodeling rock song “Hocus Pocus” by Focus. Cleverly, the same song is playing in some of the stores he runs by.   Barry White’s “Never, Never Gonna Give Ya Up” is an odd choice but it just works when a collaborator turns against Baby at the diner where his girlfriend Debora (Lily James) works.   The scene quickly turns violent and stressful, but the romantic song still seems to fit.

Speaking of Debora, the love affair between Baby and her is classic. Their first meeting is set to the eerie and yet warm “Let’s Go Away for A While” by the Beach Boys. During this time, the Beach Boys were competing with the Beatles to produce complex and highly-engineered albums. In this case, the layers of instruments, the romantic overtones depict a comfort and longing that Baby has been seeking, but the dissonance also tips you off that trouble lies ahead.

And who hasn’t had the classic “Radar Love” by Golden Earring pumping from the car speakers at some point in their lives? At this point, Baby has discarded his earbuds and carjacks an older passenger vehicle. He naturally flips the radio channels until he stumbles onto this song — then immediately jams the vehicle into drive and takes off.   The song choice may be cliched, but it works in lockstep with the maneuvers of the vehicle at Baby’s hands. When fetching coffee for his “co-criminals”, “Harlem Shuffle” plays as Baby sashays down the block to the beat streaming into his ears.   You’ll also get a decent dose of punk rock, specifically “Neat Neat Neat” by The Damned. Comically, when the mission takes longer than anticipated – longer than the actual song – Baby rewinds a bit to make sure the song lasts the entire job.

Other classic titles on the soundtrack include “Brighton Rock” by Queen, “Unsquare Dance” by Dave Brubeck, “When Something is Wrong With My Baby” by Sam and Dave, “Intermission” by Blur, “Was He Slow” by Kid Koala, and even a cover of “Chase Me” by Danger Mouse.

More than simply including a laundry list of wonderful tunes on the soundtrack (a la “Guardians of the Galaxy”), director Edgar Wright took the time to interweave the cadence, pauses, and tonality of the music to match what was going on in the scene. In the end, the result is a soundtrack that is absolutely playable from start to finish, both rocking and melodic, and acts as a reminder of great tracks from years gone by.