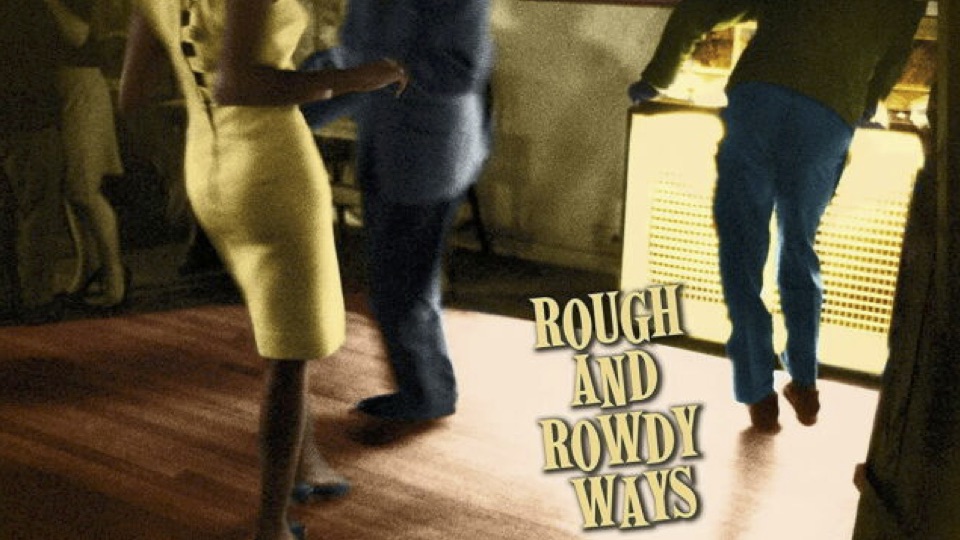 Though a problematic film, Zack Snyder’s Watchmen opens with a dazzling montage that demonstrates an alternative history even more abstract than our own. Wheeling through an impressive selection of images, the silhouette features the powerful “The Times They Are A-Changin’.” Written by Bob Dylan in the sixties, the song conveyed the changing moods felt by a newer America. These days America, much like the entire planet, faces an unprecedented pandemic, as well as racial upheaval and more.

Doubtless, this wasn’t quite the change the freewheeling beatnik imagined, but he’s here to help out regardless. He repeated Snyder’s trick by displaying his version of history on the recent song “Murder Most Foul.” Shooting through a spacey seventeen minutes, the elegy took into account the senseless murder that robbed his country of their president in 1963. It’s a mammoth work, one equaled by the sprawling new double album Rough and Rowdy Ways, his first new album of original music since 2012.

Dylan, much like Paul McCartney, is a bastion of trends. His shrine of music was fixed by the seventies. George Harrison based many of his most startling pieces of music on Dylan, as did Robbie Robertson, a shrill guitar player who cut his teeth on Blonde on Blonde. Dylan and Robertson, wary that the seventies were coming to a close, sang “Forever Young” together at The Last Waltz. Moreover, Dylan -much like Harrison – has work that captured Martin Scorsese’s imagination in the fullest, purest way. The New York-born director captured Dylan in all of his many pastels on 2019’s Rolling Thunder Revue: A Bob Dylan Story, a biopic that eclipsed Dylan’s newest work by merely a year.

As a standalone album, Rough and Rowdy Ways isn’t as good as 2012’s astonishing Tempest, but it’s probably better fun. Tempest mourned for the passing of the Titanic, much as it remembered John Lennon. Back then, there were concerns that Dylan, now forty years in the business, was bowing out by way of The Bard’s last play. Now, we fast-forward to 2020 and Rough and Rowdy Ways, which features grizzled takes on just about everything.

Take “My Own Version Of You,” an acidic reflection laced with Dylan’s own well-attuned wit. Then there’s “I’ve Made Up My Mind To Give Myself To You,” a soulful, searching portrait of love. There’s “Crossing the Rubicon,” capturing a history unknown to either Dylan or a Dylan disciple. “Mothers of Muses” recalls Dylan’s anti-war sentiments, the burning wit barely masking the contempt for weaponry. The sixties, a tent-pole of machinery, also gave birth to the sexual revolution. Dylan, salty as ever, covers “Goodbye Jimmy Reed” with carnal, choppy licks.

Rough and Rowdy Ways is by no means a museum piece, the album is fixed in the changing present. Critics made the mistake of retiring him in 2012, one he still refuses to countenance. “I think about the death of the human race,” the songwriter admitted to The New York Times. “The long strange trip of the naked ape. Not to be light on it, but everybody’s life is so transient. Every human being, no matter how strong or mighty, is frail when it comes to death. I think about it in general terms, not in a personal way.” Sounds like the barrel is far from empty for Dylan. He ain’t going anywhere- and neither are we.