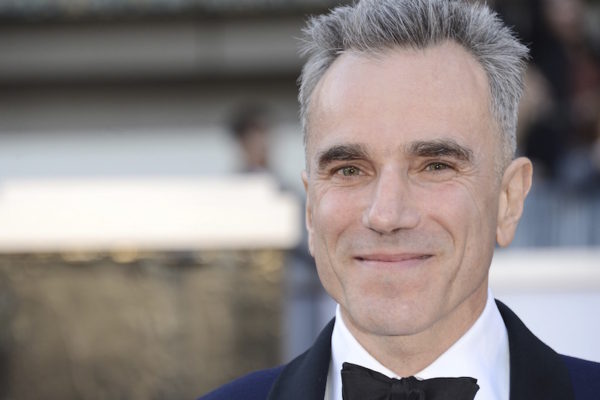 Over the course of his career, Daniel Day-Lewis has threatened multiple times to hang up his acting hat. However, last summer, after wrapping up Paul Thomas Anderson’s Phantom Thread, the announcement somehow seemed more official. And although this year’s Academy Awards did not see him winning his fourth golden statuette (some say, he was robbed!), he does leave behind a dazzling filmography, a few of which have taken home Hollywood’s highest honors. In the event that there might never be another Daniel Day-Lewis pic, we have ranked his wildly diverse collection of Oscar-nominated movies in order of greatness.

6. In the Name of the Father (1993)
Based on true events, this biopic casts Daniel Day-Lewis as Gerry Conlon, an Irishman wrongfully convicted and imprisoned for an IRA bombing in England in 1974. The film follows Conlon’s 14-year fight to clear his name, and Day-Lewis delivers a breathtaking performance of a man desperately clinging to his humanity in the face of false accusations, abuse, and torture. For this weighty subject matter, the actor has mustered all of his rage, passion, and strength and delivered an electrifying performance as tragic as it is awe-inspiring. This role earned him his second Oscar nomination and solidified his rep as a silver screen icon.

5. Gangs of New York (2002)
After a five-year hiatus, Day-Lewis came back with all guns blazing in the role of Bill “The Butcher”Cutting in this Martin Scorsese hit. Lewis is an absolute force of nature as the mustachioed gang leader and seethes menace with every gaze and grin. Although he has less screen time than some of his co-stars, DDL still manages to overshadow the lot with his overpowering presence. The result is one of the most terrifying (and memorable) movie villains of the last twenty years.

4. Phantom Thread (2017)
As swan songs go, Phantom Thread is pretty spectacular. In the role of persnickety dressmaker Reynolds Woodcock, Lewis’ performance is a step back from the bold, brash characters we’ve come to expect. Instead, he serves up a brilliantly subtle distillation of the nature of creativity and the complexities of love. Profoundly graceful, disarmingly elegant, his Woodcock is as fierce as he is funny for this singular film.

3. My Left Foot (1989)
We all know Day-Lewis is a dedicated method actor. But he took this commitment to his craft to daring heights for My Left Foot which earned him his first Academy Award. An inspiring true tale, the drama finds DDL transformed into Christy Brown, an Irishman with cerebral palsy who becomes an author and painter by way of the only limb he can control. As we’ve come to expect, Day-Lewis throws his whole self into this astonishing movie thereby turning what could have been an overly sentimental biopic into a soaring testament to the strength of the human spirit.

2. Lincoln (2012)
Few actors have created a portrait of a world leader with such believability and authenticity. It’s no wonder this role won Lewis his third Oscar. For such a sweeping historical drama, Lincoln retains a stunning intimacy thanks to DDL’s passionate portrayal of Honest Abe. This is far from just a collection of artifacts and anecdotes that we’ve come to associate with one of America’s most famous presidents. To the contrary, Lincoln may be the most humanizing depiction of a US Commander-in-Chief ever to hit the movie screen.

1. There Will Be Blood (2007)
Daniel Day-Lewis’ tour-de-force performance as Daniel Plainview in There Will Be Blood won him his second Oscar and reminded us that he’s at his best when playing brutal, ruthless types. DDL’s feverous commitment to character lends a startling authenticity to his role here, as he channels an unwavering strength into every glare. In truth, this performance is so monstrously real that you can easily forget Plainview is a fictional character. So preserved in our cultural memory is the “I drink your milkshake” villain, that he might as well have existed in life. But that’s Day-Lewis for you. He embodies art as truth.