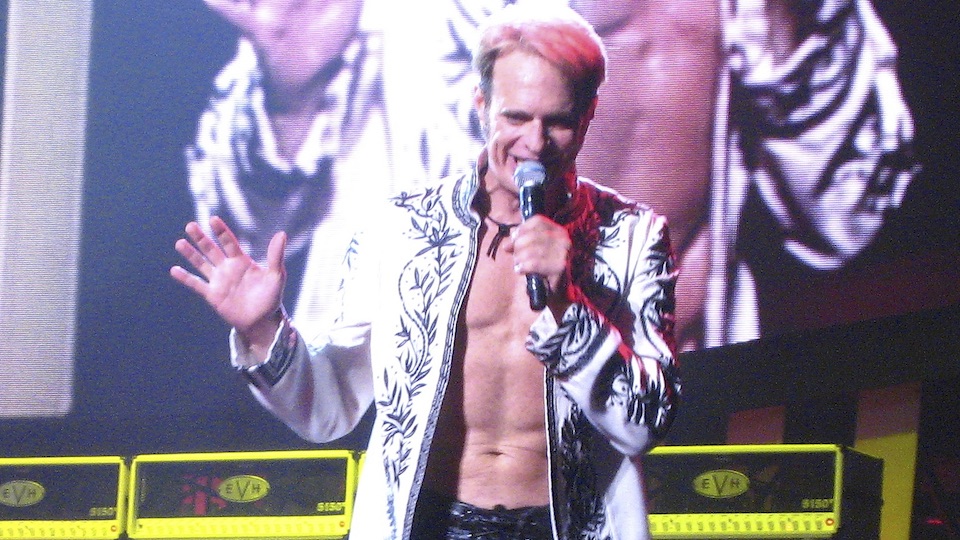 Who can forget the first Van Halen album that pretty much lit a fire under 1978? That year was a weird musical transition time between FM radio “light rock,” the emerging punk scene, the cresting of disco and classic rock bands like Led Zeppelin and Deep Purple releasing otherwise bland reprises of earlier successes. Enter Van Halen who on their debut album delivered mostly covers, but also some searing guitar solos, a solid driving percussive backdrop and the unique vocal stylings of one David Lee Roth. And note that Van Halen’s cover of The Kinks’ “You Really Got Me” has nearly become more notable than the original.

Roth joined Alex and Eddie Van Halen when their band was still called “Mammoth.”  Both the band and debut album were soon renamed after the two brothers, but it was David Lee who delivered the hard rock sensibility, not to mention the showmanship. Videos such as “Hot for Teacher” and “Jump” were musically and visually entertaining, gaining huge rotation on MTV. In those videos, one could tell Roth both knew how to entertain and had the chops to ham it up and even dance pretty well.   He pushed the band to continue with what had been a success and desired to make the shows bigger and flashier.

Roth’s vision led to the now-famous split with the group. Roth wanted to stick to their party hard, fun-loving, guitar-driven band. Eddie instead veered more pop styles (starting with the synth-driven, but hugely popular “Jump” from their 1984 album. After attempting some solo runs while in the band and having a $20M movie idea called “Crazy from the Heat” start– and get canceled — Roth finally left Van Halen in 1985, suggesting their musical style had become “morose.”

Smartly sticking to what brought him success, Roth immediately called on guitar virtuoso Steve Vai and released albums akin to the “Van Halen style.” Listeners agreed because he gained decent success with 1986’s Eat ‘Em and Smile, followed by Skyscraper (1988) and then A Little Ain’t Enough (1991) – which all charted well, and sold more than 2 million copies. The albums and the tours again revealed Roth’s desire to make his concerts an experience, including circling the audience on a cable-hung surfboard, pyrotechnics, video effects, and vignettes. And maybe this convinced David Lee that a touring show didn’t provide him with the magnitude of what he was trying to do with his music and stage productions. Grunge music griped into the scene in the 1990s. David Lee Roth released some interesting albums, including Your Filthy Little Mouth with Nile Rogers and even had a short stint in Las Vegas in 1995. Those Vegas shows were heavy on kitsch and covers of throwback songs, something Roth seems to always have had a place in his heart for (submitted: “Ice Cream Man”).

From that point until today, David Lee Roth has tried everything, from acting (The Sopranos) to releasing additional solo albums, to performing with the Boston Pops Orchestra during their 2004 July 4th celebration. He hosted his own Sirius Satellite radio show, created a line of skincare products and of course has his own YouTube channel called The Roth Show.  And yes, the inevitable happened in 2007 when he reunited with the Van Halen brothers to release albums and tour again. This ended 2015 at the Hollywood Bowl – which brings us back to Vegas.

Roth’s main love is to perform his own show, in his own way, as he actually says at the beginning of his “Just a Gigolo” video through a wicked smile and arched eyebrows. And so Roth has announced his return to Las Vegas in 2020 with a set of nine show dates, residency at the Mandalay Bay Resort and Casino and the quip “I AM Vegas!”

David Lee promises that the events will “delight his fans” and will include a “two-guitar sound”, though the lineup has not been announced at press date. He goes on to add that his show’s repertoire will include “26 instantly recognizable songs” which will also most assuredly include some standards.  In his own words “It starts with the best food on Earth. The fellas smoke their three cigarettes for the year, and we all stay up way past our bedtime!” Ever the showman, he concluded by describing the engagement as “the sound of a generational prison break.” While this Vegas residency does not bode well for another Van Halen reunion, it does give us a short opportunity to experience the full “David Lee Roth” treatment in a town that digs that sort of thing.  But “short” may be the relative term because if the show garners the success that it sounds like it will, the residency may become along the lines of Celine Dion-esque permanent.