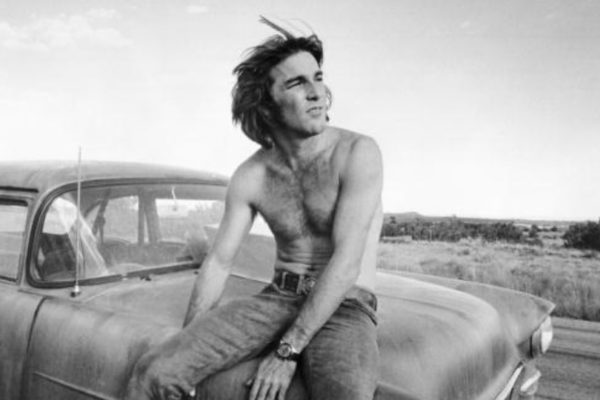 A famous quote in the Beach Boys world is by Dennis Wilson speaking about his older brother Brian: “Brian is The Beach Boys. He is the band. We’re his fucking messengers. He is all of it. Period. We’re nothing. He’s everything.” While that is indisputably true about the 1962-68 era of the band, I have to say that it sells the rest of the members short for the remaining years. The late 60s and early 70s saw Brian’s involvement waning more and more with each new album, practically forcing his band mates to step up their own game. Now obviously none of that would’ve been possible without Brian paving the way, but in the case of Dennis especially we can witness him combining that influence with his own artistic sensibility to create something totally new. And here’s 10 songs to take us through that.

Dennis’ songwriting debuted on 1968’s Friends with the nice enough “Little Bird” and “Be Still.” By the next album he was already a leading creative force with three compositions. Not only that, but a song like “Be with Me” feels like a big, sprawling work with him in full control over its every element. Strings, horns and dynamic drums form an engaging build-up which eventually explodes into the chorus, indeed giving the feeling of being set free.

Dennis was the only Beach Boy that ever surfed, the good-looking, ladies’ man, partying guy. This extroverted part of his personality often translated into his music, resulting in groovy good-time rockers. “Slip on Through” is such an example, not a revolutionary song by any means, but one that fulfills its purpose of opening Sunflower with a blast of pure fun.

That within the same album he manages to turn 180 degrees and come up with this gorgeous ballad only shows Dennis’ range as a songwriter. “Forever” is a vocal tour-de-force, with head-spinning harmonies that could compete with Brian’s best. It is also one of the most romantic songs the band’s ever released. With lyrics like “If every word I said could make you laugh, I’d talk forever,” and Dennis’ sensual delivery, it wouldn’t feel out of place on a wedding playlist.

One of the most frustrating aspects of being a Beach Boys fanatic is the band’s constant inability to choose the right material for their albums. Many great songs have remained unreleased over the years, or at best, released on compilations. A big hype was created around “(Wouldn’t It Be Nice to) Live Again,” shelved in 1971 after an argument between Dennis and Carl over the sequencing of the Surf’s Up album, and heard only by a few insiders. The eventual 2013 official release proved to be worth the hype: the song is indeed one of Dennis’ absolute peaks, a ballad epic and emotional in equal measures that would’ve considerably improved any Beach Boys album.

The progress in Dennis’ songwriting seemed to be evident with each new album, as well as his adventurousness. 1972’s “Cuddle Up,” written in collaboration with Daryl Dragon of the Captain and Tennille fame, hardly even feels like a pop song anymore. It is closer to an atmospheric piece you would hear on a movie soundtrack, with a slow pace that makes it more of a grower rather than something that grabs you immediately. But if you get into the right mood, its combination of classical-influenced strings and heavenly choir can have the power to truly transport you someplace else.

Moving to Holland to record their next album seemed like a fitting choice for the band, given their continuous experimentation and seeking of new directions. Out of his two excellent compositions there, “Steamboat” once again sounds well-removed from anything Dennis had previously attempted, not to mention the band’s similarly sea-themed early material. The lyrics (sung by Carl) are hard to decipher instead of universal, while the atmosphere is unsettling and eerie instead of joyful. It is yet another progressive success.

There is a 4-year gap that separates Dennis’ last contributions to a Beach Boys album from his solo debut. A tumultuous gap characterized by few recording sessions and a lot of drug and alcohol abuse instead, with Wilson’s vocal chords deteriorating in the process. Repeated listens reveal, however, that what he lost in range, he gained in expressiveness — those raspy, gravelly deliveries make him sound twice as world-weary, twice as hurt. This is especially evident in the case of the ballads – “Thoughts of You” may not speak of feelings unheard of before in music, but it does it with so much emotion that it can be painful to even listen to at times.

Besides love and heartbreak, one of Dennis’ favorite lyrical subjects has always been nature, going all the way back to the early days of “Little Bird.” It finally reached its peak with “River Song” — a majestic ode to the beauty and wonder of nature from the perspective of somebody “born into the city life.” Co-written with Carl Wilson, it opens the album on a grand scale with a Spectorian arrangement that just seems to be getting bigger and bigger. Best moment? When one of the choir girls in the background goes absolutely nuts about halfway through.

Perhaps the most accessible point of Pacific Ocean Blue, “Dreamer” is one of those songs that feels like it could’ve been a hit. Built around a bass harmonica riff and with the horns blasting away in the chorus as well as a great guitar solo in the second half, it once again showcases Dennis’ skills as an arranger. “It’s about Christ” he is quoted as saying regarding the song.

A lot of the post-1977 part of Dennis’ story is sad — the planned second solo album was never really finished due to his increasing alcohol and drugs addiction. Two of the tracks intended for it were included on The Beach Boys’ L.A. (Light Album), with the other surfacing on Pacific Ocean Blue’s 30th anniversary edition as bonus tracks. And while many songs off this project are worth discussing, “Baby Blue” remains an undisputed highlight — another slice of rugged beauty in the Dennis Wilson tradition, made twice as sad knowing that he would die four years after its release. The ending was a tragic one, but his artistic legacy still lives on. In all honesty, I don’t think he ever wrote a bad song.

8 comments on “Dennis Wilson in 10 Songs”