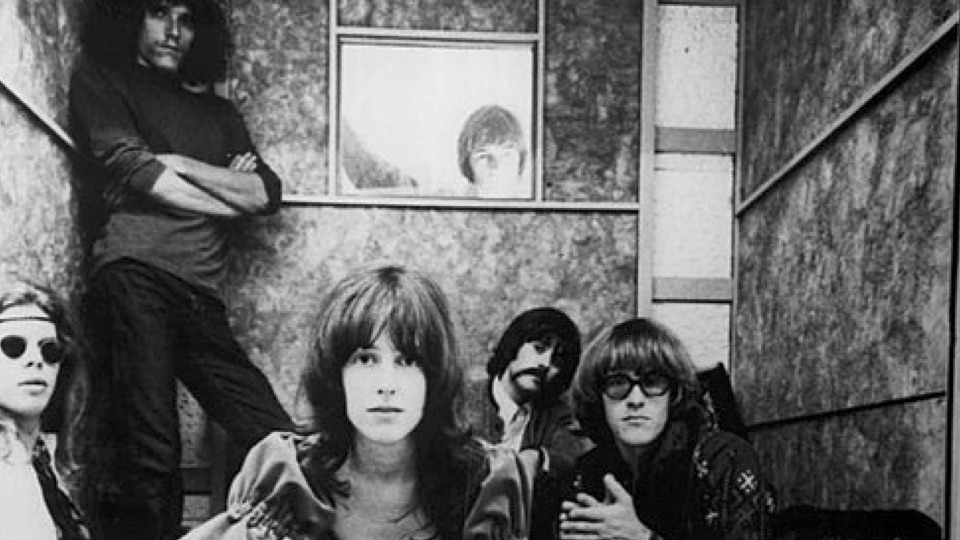 It’s safe to say that bands change over the years. Take a look at Fleetwood Mac as perhaps the biggest and best example. We’re not just talking about a change in personnel, but a shift in sound. Mac’s changes are well-documented to the point where you may as well be comparing two very different bands – but they’re not alone. Consider Genesis, too, once Peter Gabriel and Steve Hackett left. Music has a habit of evolving.

So, let’s look at one of rock’s most curious cases of evolution. How did Jefferson Airplane, psychedelic icons of the 60s and leaders of the San Francisco sound, evolve into Starship – with big hair, big ballads, and big pop hits?

Related: “‘Once Upon A Time In Hollywood’: A Worthy Exploration of 60s Culture”

Jefferson Airplane started life in the shadow of the British Invasion of the early 60s, founding in mid-65. Led by Marty Balin, Paul Kantner, Signe Toly Anderson, Jorma Kaukonen, Bob Harvey, and Jerry Peloquin, this was a line-up that was going to fluctuate – and sooner than they knew it.

Peloquin would leave the band with Skip Spence taking his place, with Harvey also failing to make the cut before the band even laid down their first tracks. In his place, Jack Casady stepped in. Spence himself, in fact, would leave only a short while later. He would be replaced, in turn, by another drummer – Joey Covington. Still with me?

Grace Slick, of course, is probably known as the most famous female face of the band. It’s her haunting vocals that can be heard on mainstream hits such as “White Rabbit,” and her presence that arguably helped bring the band to prominence in the latter half of the 60s. They would, of course, headline at Woodstock.

Slick had replaced Anderson, and as the years followed, Airplane’s sound would transform from folk-pop to become grittier, and more psychedelic. A million miles away, of course, from “We Built This City.”

Jefferson Airplane began to ride the heady heights of fame and fortune, taking to the US airwaves following their festival headliners and failing to let any kind of bad press slow them down. This was a new sound, one which – while the band perhaps didn’t create – they were certainly at the forefront of cultivating. The old Airplane seemed fairly distant by ‘69 and ‘70, though the future of the band would start to look fairly wobbly by the turn of the decade.

By 1971, Kantner and Slick had arguably become the engine of the band, though Airplane took a slight detour that year after the birth of Kantner and Slick’s daughter, China.  Violinist Papa John Creach also joined the band.

That April, Balin elected to leave the group. The story goes that he’d become disenchanted with the band’s direction, allegedly disillusioned by shifts in the group’s creative spirit. He’d also decided to break away from drink and drug culture, which put a firm wedge between himself and the rest of the group. By 1971, the band would release their final LP on RCA, entitled Bark.

While the LP and its singles were still massively popular, cracks continued to emerge. Covington left by 1972, and many band members were working on their own material. By 1973, Kaukonen and Casady were busy with their band Hot Tuna- largely leaving Kantner and Slick as the faces of the band. Kantner had already produced material under his own label – as “Jefferson Starship” – a few years before.

So this is where the “Starship” name comes in, but where do we go from here? Picking up even more personnel along the way, the band took on the new name (with Jefferson attached) by ‘74. All the while, success never really stopped. They continued to rack up Billboard top 40 hits, and LPs such as Red Octopus and Spitfire helped to cement the new(ish) band’s position as rock giants. Balin returned by 1975, with Spitfire selling enough copies in the US to go platinum.

However, imbalance in the band with regard to live performances, and Slick’s behavior at a concert in Hamburg, led to Kantner asking the mother of his child to leave the group. Jefferson Starship would continue, Slick-less, into 1978 – with Balin also leaving by the end of the year. Mickey Thomas – who 80s pop enthusiasts will recognize – would replace him by 79. Freedom at Point Zero would be their maiden album without either of the big personalities and while it performed well, it was a long cry away from the band’s biggest successes.

It was the band’s LPs heading into the 1980s – Modern Times, Winds of Change and Nuclear Furniture – which would cement a new sound for Jefferson – and which would ultimately spell the end for this wing of the group, at least as fans knew it. Grace Slick had come back, but now it was Kantner’s turn to depart. As the last founder remaining from the Airplane days who had stuck around, he’d grown tired of the pop direction Starship was moving in, worried that it was no longer challenging or fun.

Related: “MTV: When Video Killed the Radio Star…and Created Others”

Things moved on to simply naming the group ‘Starship’. Ditching the ‘Jefferson’ was a conscious move after legal disputes with Kantner. It’s hard to believe that the group who brought us albums such as Surrealistic Pillow and Crown of Creation would be the same who would record Knee Deep in The Hoopla by the 1980s. Of course, scores of musicians had been and gone during that time, so the tonal shift might be expected.

Few bands have seen quite so many shifts and changes over the years, and even fewer have the incredible back catalog to show for it. Ultimately, Jefferson Airplane, Jefferson Starship, and Starship are three different groups – but what a journey it’s been.

3 comments on “Jefferson Airplane to Starship: An Evolution”