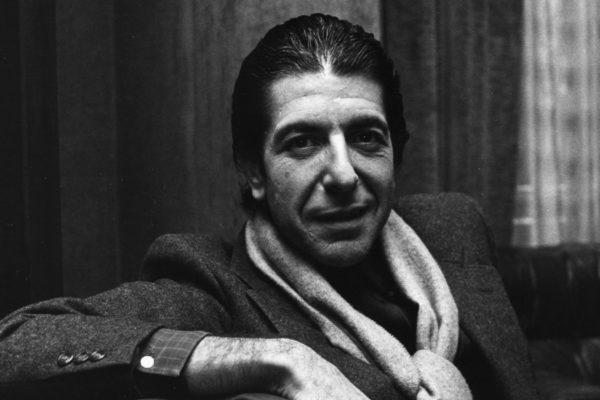 Where 1959 had “the day the music died,” 2016 is shaping up as the year the music died. Since David Bowie’s death early in January, fans and friends have eulogized Glenn Frey, George Martin, Merle Haggard and Prince to name just a very few. Last week Leonard Cohen became part of that list.

Reaction to his passing has been less widespread but no less passionate than those more famous artists, very much reflecting the kind of artist he was. It’s not just his standing as more of a cult figure for much of his career but rather the extent to which so much of his best known work seemed intertwined with other artists. As with many acclaimed songwriters, he’s known as much (if not more) for other singers’ renditions of his songs as for his own.

Depending on your generation, that might mean either Judy Collins’ recording of “Suzanne” or the late Jeff Buckley’s “Hallelujah.” The latter song’s emergence as the center of gravity for Cohen’s work since the 1990s is particularly ironic considering that his record label initially refused to release Various Positions, the 1984 album it first appeared on in America. In the intervening three decades, the song has sold over five-million copies across more than 200 different recordings. In much the same way the character of George Smiley stopped belonging to John le Carré after Alec Guinness started playing him on film, “Hallelujah” ceased to be just Leonard Cohen’s song. It became universal even as its writer remained resolutely in the background, alternately embracing and ambivalent about the song’s ubiquity.

That dichotomy was emblematic of Leonard Cohen. Unless you were already a devoted fan, an appearance on your radar was as likely as not to be something off the beaten path. For many, it’s hearing his songs in movies, another area where his work seemed both remarkably distinctive but also not fully his own.

The most enduring example remains Robert Altman’s movie McCabe & Mrs. Miller, where a trio of Cohen’s early songs feel woven into the fabric of the film in a way popular songs seldom achieve in the medium. Music has often set the tone in Altman’s work, and “The Stranger Song” is more indelible to McCabe & Mrs. Miller than even the Oscar-winning “I’m Easy” is to Nashville. Likewise, Altman’s protege Alan Rudolph used Cohen’s “Ain’t No Cure for Love” in his 1990 film Love at Large. By this point, the singer’s voice had taken on the world-weary tone most associated with him, which helped make the song a perfect fit for Rudolph’s equally world-weary rumination on matters of the heart.

In recent years, Cohen continued to be prolific, not just as a recording artist and performer, but also as a poet and novelist. Still, he remained that half-step removed from the mainstream, even as events like k.d. lang’s performance of “Hallelujah” at the 2010 Winter Olympics put his work on the biggest of stages. As with David Bowie, he was clearly working to the end having released his 14th album, the well-received You Want It Darker, less than a month before his death. If the joy of an enigma is the prospect for further discovery, Cohen and his body of work will be a source of joy for discerning listeners for many years to come.