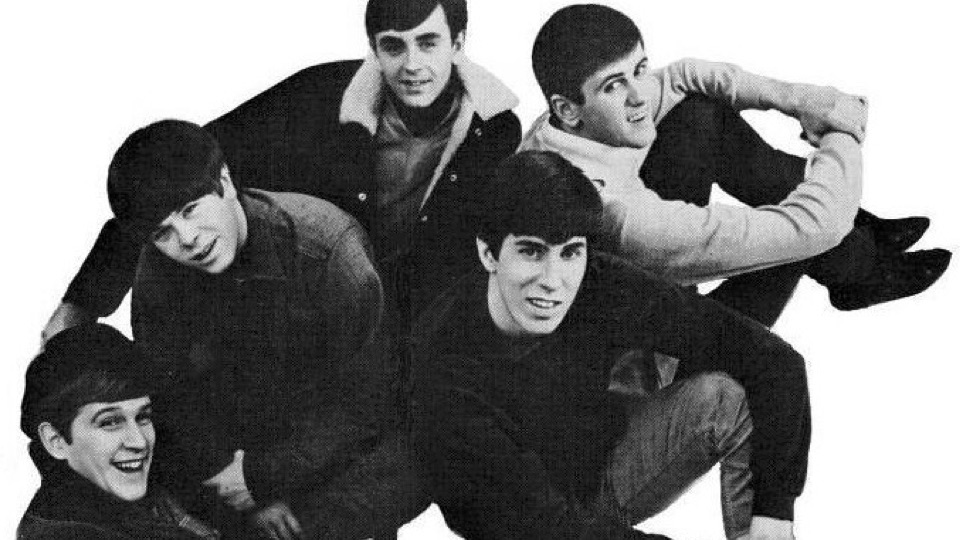 There are a lot of iconic songs in the rock and roll pantheon, but few have as wild and woolly a history as “Louie Louie.” The song is widely celebrated for the hit version by The Kingsmen, but the story of “Louie Louie” really begins with Richard Berry, a Los Angeles-based singer and songwriter. Berry was a member of several doo-wop and R&B groups during the 1950s. He was inspired to pen “Louie Louie” after hearing a calypso-flavored tune called “El Loco Cha Cha,” performed by Ricky Rillera and the Rhythm Rockers. Berry’s tale of a Jamaican sailor’s quest to be reunited with his girl was first recorded in 1957 by Berry and his band the Pharaohs. While this version became something of a regional hit, it didn’t make much of a dent on the charts.

Berry’s recording did have an impact on Rockin’ Robin Roberts, a singer who heard and liked the song. He later recorded it with The Fabulous Wailers, a group from Tacoma, Washington. Roberts’ energetic cover of Berry’s tune was released as a single and received significant airplay in the Pacific Northwest. This version inspired several bands to record their own renditions of the song, including The Kingsmen and Paul Revere and the Raiders. The Kingsmen’s fast-paced, proto-garage rock interpretation, with a screaming vocal by Jack Ely and its unintelligible lyrics, became a monster-sized hit, making it all the way to number two on the charts in 1963.

The Kingsmen’s recording of the tune quickly became ubiquitous, with a number of contemporary artists, like Otis Redding, doing their own takes on the song, or releasing “answer” records, such as Paul Revere and the Raiders raucous “Louie, Go Home.”

“Louie, Louie” also gained notoriety when the song’s often misunderstood lyrics were perceived to be obscene by some parents, whose complaints about the song led to the tune being banned on some radio stations. Teenagers also shared their interpretations of the song’s “racy” lyrics with their friends, which helped foster the urban legend of its “dirty” content. The song became the focus of an FBI probe into its supposedly lewd lyrics. Their investigation turned up no specific evidence of obscenity in the song, and the agency later admitted the lyrics were actually indecipherable. All the controversy only contributed to the song’s legend, and “Louie, Louie” continued to be a staple on radio playlists, as well as a standard entry on the setlist of both local and national bands, throughout the 1960s.

The song gained new life when it was featured in the 1978 film National Lampoon’s Animal House, despite the fact that the story took place in 1962, a year before the song’s actual release. “Louie, Louie” has been featured in many other movies and television shows, including Quadrophenia, Wayne’s World 2, and Mr. Holland’s Opus. The song has been covered numerous times by bands as varied as The Beach Boys, Motorhead, Toots and the Maytals, Black Flag, The Grateful Dead, and Joan Jett and the Blackhearts. There have also been several compilation albums consisting solely of remakes of the tune, kicked off by the 1983 Rhino Records release, The Best of Louie Louie. Noted rock critic Dave Marsh wrote a book about the song and its legacy, entitled Louie Louie: The History and Mythology of the World’s Most Famous Rock ‘n Roll Song.

Richard Berry, who began “Louie Louie’s” incredible journey, only belatedly got to benefit from his achievement. After releasing some less successful follow-up singles, he sold most of the publishing rights to his label, Flip Records, for $750. In the mid-1980s, California Coolers wanted to feature the song in a commercial. The company discovered they would need Berry’s signature in order to use the song. A lawyer helped him initiate a lawsuit, which was later settled out of court, gaining Berry millions of dollars in back royalties from the song. The Kingsmen also had legal issues associated with their version of “Louie Louie.” The band that recorded the most famous version of the song had never seen any money from its success over the years, and members of the group eventually sued their label in the 1990s. The court ruled in their favor, and the band finally received the royalties that had been denied them in the past. To this day, “Louie, Louie” remains a rock and roll classic and a bona fide party anthem. [Editor’s Note: Check out this cheeky look at the rock classic!]

8 comments on ““Louie Louie”: Why Is This Song So Awesome?”