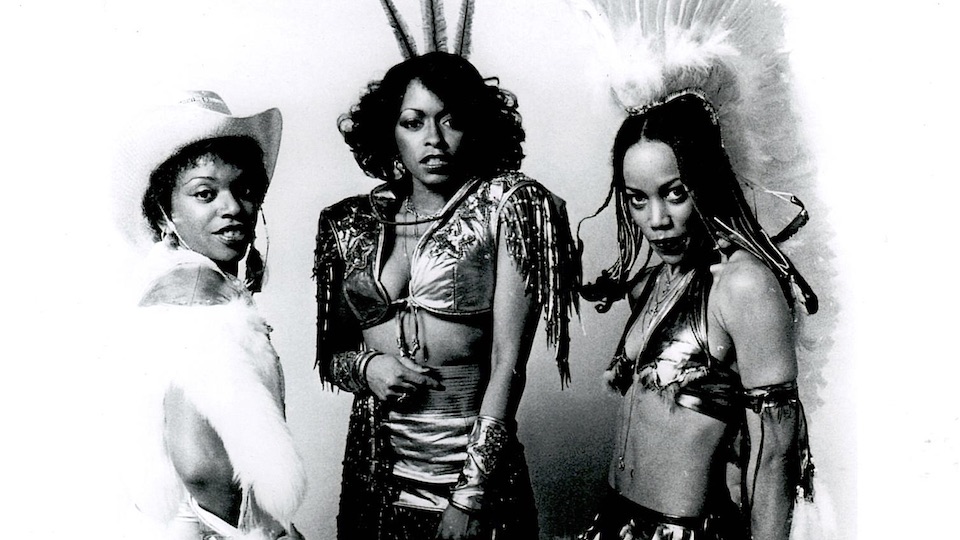 By the end of 1979, the “P” in “P-Funk” stood for “productivity.”  By December of that year, the Parliament-Funkadelic organization would release six albums. That’s an album every other month, a musical output rivaled only by the Beatles’ 1964-65 period. That year the Brides of Funkenstein would bring the last year of the 1970s to a joyous close.

Never Buy Texas From A Cowboy, released in December of 1979, would in many ways, prove to be the most impressive P-Funk release of that year. While it wouldn’t spawn a hit that matched the prominence of Funkadelic’s “Knee Deep,” the Brides’ sophomore effort was the most consistent release that year. In other words, straight-up Funk with no fillers.

For this project, the Brides would expand to a trio, as vocalist Lynn Mabry would leave the group and eventually be replaced by Sheila Horn (now going under the name of “Amuka Kelly”), and Jeanette McGruder (now going under the name of “Satori Shakoor”), two former “front ground” vocals (“Bridesmaids”, if you will) who were promoted to full-fledged Brides. Original Bride Dawn Silva rounded out the trio.

NEVER BUY TEXAS FROM A COWBOY

The album’s first single release premiered during an interview that P-Funk leader George Clinton did on NY radio station WBLS in October of 1979. Even the good Dr. Funkenstein lamented that the jam was so bad-assed, that he should have kept it for Parliament. Running 15 minutes long, Never Buy Texas sported a searing guitar solo from P-Funk’s lead axe molester Michael Kidd Funkadelic Hampton and delicious keyboard work courtesy of Bernard Worrell.

Bold string arrangements, courtesy of Motown’s own Dave Van DePitte, and a crunching lead guitar by original Funkadelic guitarist Eddie Hazel open up the album’s second track which asks the question: Do you believe in fairy tales?

Co-written and produced by William “Bootsy” Collins and George Clinton, the opener for side two features one of Bootsy’s most ultra-bounce bass lines, while utilizing the lyrical refrain from Chuck Brown’s 1979 hit “Bustin’ Loose.” Friendly Fred Wesley handles the horn arrangements.

In one of two tracks on the album not co-written by George Clinton, Michael Hampton and Garry Shider provide piercing guitar work on a track that would fit like a glove in the R&B “Quiet Storm” format. Bassist Jeff Bunn helps to lock down the groove.

PARTY UP IN HERE

Clinton and P-Funk bassist Rodney “Skeet” Curtis collaborate on a track that would become the second single release from the album (though curiously in 12″ vinyl format only). You’ll probably like the groove since it’s a jam that promises to blow your mind.

DIDN’T MEAN TO FALL IN LOVE

In 2001, Never Buy Texas from A Cowboy was rated as one of the 50 coolest albums of all time by Rolling Stone. It was made available on CD (along with the Brides’ previous album Funk Or Walk) in 2011 courtesy of the Wounded Bird label. Shortly after the release of Never Buy Texas, the Brides would be the recipient of the “Girl Group Of The Year” by the Cashbox Rhythm and Blues Awards in 1980.

[Author’s note: “Thank you Dawn Silva for your invaluable assistance.”]

2 comments on “The Brides of Funkenstein – Partying Like Its 1979”