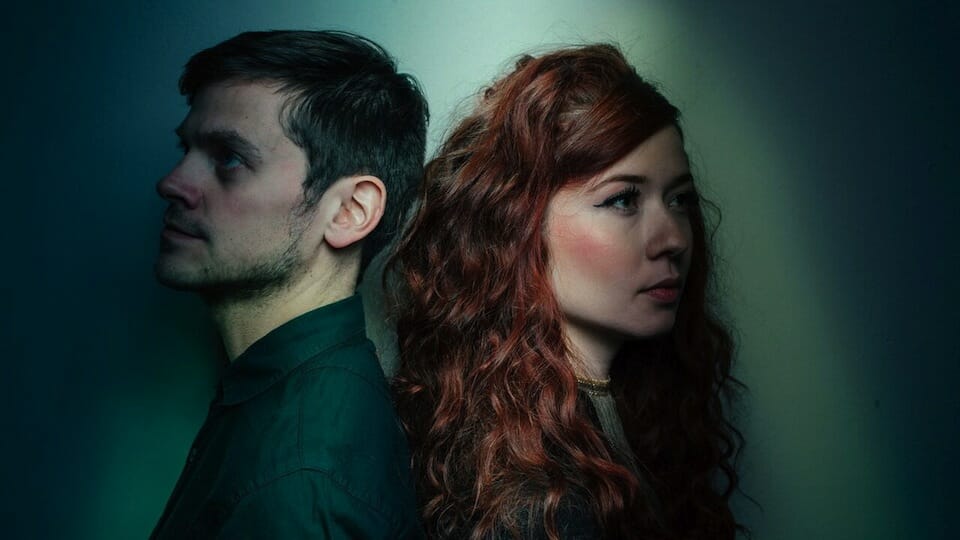 Harmony might seem to be in short supply these days, but you wouldn’t know it from listening to The Sea The Sea, either by going to see them live or by listening to their enchanting new album From The Light. The voices of husband and wife Chuck and Mira Costa never stray too far from each other, inevitably entwining to create something so much more potent than the already formidable individual parts. During a recent interview that the pair gave to CultureSonar, Mira explained the magic of the melding. “One of the reasons that Chuck and I were drawn together is that we just intuitively approach harmonies in similar ways,” she says. “It’s almost like finding a good dance partner.” In fact, the pair’s vocal rapport is so instinctive that they have to concentrate on not taking it for granted. “Because there’s a natural ease to singing together, we challenge ourselves to take it up a notch,” Chuck says.

Harmonies aside, the new album — their sophomore effort following their 2014 debut record Love We Are Love — features lyrics that were inspired by the contradictions that should be inconsequential but ultimately divide people. “We’re living in such polarized times right now,” Chuck says. “It’s so crazy. People politically seem so different and so one or the other. We know people all over the country, we travel all the time, and we have friends and family who are from parts of the country that are not necessarily in alignment religiously or politically with us. But we know they’re wonderful people and we know we agree on a lot of really important things. That informed so much of the songwriting on this album.”

Mira adds, “A lot of times we’re all quick to label things as one thing or another. And a lot of this album was really trying to shine a light on the spaces in between, the gray spaces, that aren’t always clear. But it feels like that’s what being alive is about, trying to understand what exists between the extremes.”

The Sea The Sea easily could have continued in the vein of their acoustic-tinged debut album, but their search for a new sound was part of the reason for the hiatus between albums. (They did release an acclaimed EP, In the Altogether, in 2016 to tide their fans over.) “After we finished the first record, we felt like we knew that we were going to be progressing our sound in a direction that was going to move forward away from the acoustic songs,” Chuck says. “But we didn’t know exactly what that meant and where it would go. The EP in 2016 was meant to be a full-length record. And when we were halfway through, we realized that we might need some more time because the evolution of our sound felt like it was taking a little more time. It was a discovery process.”

See Also: “Nick Drake’s Orchestrator Gets His Own Album”

Mira explains how, with the help of producer Troy Pohl, they found the atmospheric approach that marks From the Light. “When Chuck and I started, I think part of what drew us together, beyond being drawn to the way our voices sounded together, was that we both really loved songs and that we both wanted the songs and the lyrics to really be at the core of what we do. But beyond folk music, Chuck and I have a lot of other types of music that we’re really inspired by and drawn to. A lot of the process of developing our sound was inspired by the idea of putting our songs into different sonic spaces. And so we wanted to maintain the core of what we started out as and grow that in a real, organic way, figure out how to maintain the integrity of the songs. And let the sonic spaces that they live in feel really true and honest.”

They achieve that goal in consistently affecting fashion on From the Light, whether soaring into the ether on opening track “Everybody” or nailing the pop hooks of “Bang Bang.” On “Ricochet,” a quirky electronic beginning builds into a majestic chorus full of countermelodies. “All Go Right” leaves plenty of open spaces for the ethereal voices to fill up, as the Costas muse on the folly of expectations: “I’ve seen a wrecking ball / Put it all back together.”

The Sea The Sea also made sure to include quieter moments like “Good for Something,” but only after they provided the proper contrast. “When we started out, pretty much our whole set were songs that were very much in that world,” Chuck says of the song. “But we always felt a pull towards a bigger sonic sound. One of our goals and visions as a musical group is to earn the moment in a set when we can bring it all down to that very distilled, pure, two vocals and a guitar sound.”

The refrain from that song (“Things can never be so bad that they’re not good for something”) comes from something Chuck’s grandfather used to say, and its message of looking on the bright side is something that the duo appreciates. “It’s really interesting when you write these songs, you record them and you take them out on the road,” Mira says. “Each one is a different mantra in a way. That song in particular we felt was a good daily meditation and a way to remind ourselves.”

The Sea The Sea are currently venturing from their home base in Upstate New York to play shows as a four-piece, having added two additional touring members (Cara May Gorman on vocals and synth and Stephen Struss on drums and percussion) to capture the more fleshed-out sound of From the Light, which is already making its impact on fans attending the shows. “There’s definitely a different energy when people are singing along in the audience,” Mira says. “It’s like they already have a relationship to some of the songs.”

After all, the communal atmosphere of a live show might be the best place to experience songs that attempt to provide solace and uplift to those feeling a bit unmoored by these turbulent times. “We didn’t set out to create that narrative,” Chuck says when asked if that was a theme the band consciously tried to impose on the new album. “But it’s spot-on and it’s not surprising to either of us, that’s what emerged out of how we were feeling. We still look to music to comfort us. It’s the thing that keeps us moored to our sanity and happiness. That’s why we do what we do. I think we probably were trying to help ourselves with these songs and hoping that would be passed along to other folks.”

Photo Credit: The Sea The Sea by Chattman Photography courtesy of The Press House.

0 comments on “The Sea The Sea: High Hopes and Harmonies”