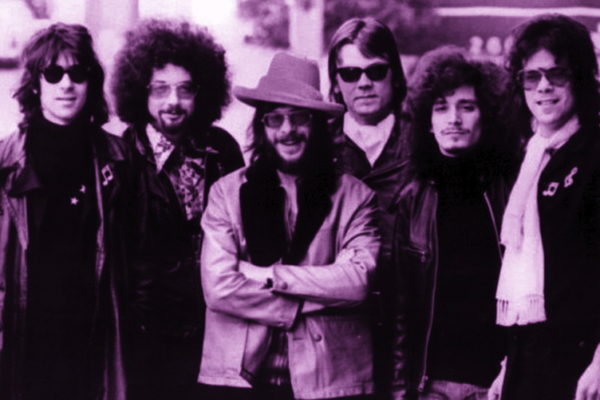 In the light of the passing of guitarist and front man J. Geils, let’s take a moment to celebrate his legendary rock band. All you really need to know about what made the J. Geils Band so great can be found on their “Live” Full House album — a blast furnace of R&B, soul, and some red-hot rock ‘n roll. Cut over two nights at Detroit’s Cinderella Ballroom, this record catches the band at the height of their powers and shows why, even if they hailed from Boston, Detroit claimed them as one of their own. Clocking in at just over a half-hour, Full House somehow manages to be both potent and to the point. Only one of the LP’s eight tunes, “Hard Drivin’ Man,” is officially credited to the band itself, but that doesn’t stop these guys from owning the other seven songs like an R&B revue upholding the finest traditions of American music.

[amazon template=right aligned image&asin=B000002J69]To do what The J. Geils Band did those two nights in April ‘72 required surviving some lean years playing to half-empty bars, working with lazy managers, and dealing with crooked promoters. In short, the J. Geils spent the time leading up to this gig just trying to keep the lights on and the wolves from the door. You could say they worked their asses off for the privilege of working their asses off. But if you were lucky enough to be at The Cinderella Ballroom for one of those two Motown concerts, you saw their efforts paid back in spades. And you knew exactly what you were gonna do when Peter Wolf shouted out, “Are you gonna get it crazy tonight?” Hell yeah, Peter!

The resulting album Full House is a mix of obscure R&B (“Pack Fair and Square”) and blues standards (“Serves You Right to Suffer”) and throughout, the arrangements are tight, mean, and tough as nails. By this point in their career, JGB clearly knew how to listen to each other and it shows. The opening cut, “First I Look at the Purse” conjures up a bad-ass “I Don’t Need No Doctor” while their minor-key cover of Otis Rush’s “Homework” is a note-for-note primer in Chicago Blues. The LP is chock-full of such successes — from the great jump blues number “Pack Fair and Square” to Seth Justman’s barrel-house piano-driven “Hard Drivin’ Man.” Even “Whammer Jammer” is like an advanced course in rockin’, showcasing as it does JGB’s incredible, not-so-secret weapon Richard Salwitz, who somehow manages to channel an entire horn section through his harmonica.

That said, perhaps no song exemplifies the energy and the attitude of the band as powerfully “Serves You Right to Suffer.” Clocking in at nearly ten minutes, this hypnotic take on John Lee Hooker’s standard is a sexy, righteous showstopper that revels in Seth Justman’s B3, Daniel Klein’s bass and Stephen Bladd’s drums. And while it’s not easy to follow, the LP fittingly closes with what may be the band’s signature tune “Lookin’ for a Love.” Originally cut by The Valentino’s with a young Bobby Womack singing (and Sam Cooke producing), this song achieved a whole other level of genius when Peter Wolf turned it into a soul-stirring shout. Produced by Geoffrey Haslam with some beyond-noteworthy sound mixing and concert production from legend Dinky [G1] Dawson, Full House stands a time-tested testament to a working man’s band that, in its prime, revived American music by celebrating its roots in song after song after song. And for that alone, we thank you, J. Geils.

PS. If you like the J. Geils Band, you may also like our posts on Steve Miller, Southside Johnny, and The Who.

1 comment on “The J. Geils Band: Where It All Really Began”