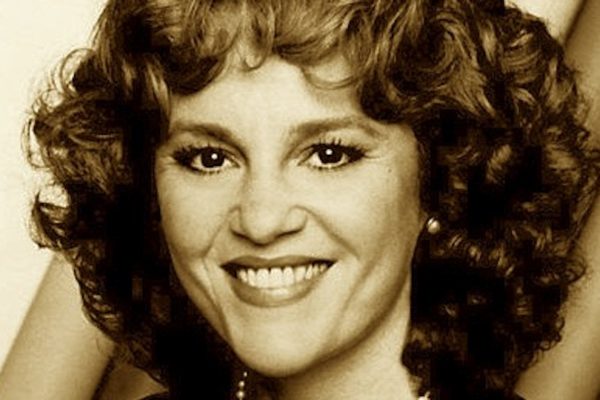 Having been nominated for four Golden Globe Awards, two Academy Awards, and one Screen Actors Guild Award, you could certainly make a case that the late, great Madeline Kahn never really got her due. But that hasn’t stopped audiences — new and old — from adoring this actress-singer-comedienne for her timeless performances in such classic movies as Blazing Saddles, What’s Up Doc?, Paper Moon, and Clue. One person who shares that passion for Kahn is Valerie Smaldone, the deservedly popular radio personality and podcast host who has recently released an audio biography devoted to the artist: Madeline Kahn: Her Life Explored. Here’s a little background on how this recent release came to be.

Q: You’ve interviewed biographer William V. Madison multiple times about Madeline Kahn. What is it that keeps drawing you back to this actress?

A: Whenever I would mention the name, “Madeline Kahn” to anyone, I would get the same reaction. An enthusiastic response like “I loved her! She was brilliant!” I realized that she truly was a beloved actress and performer that created legendary roles in film and on stage. She had so many talents and worked so much in her short life. The book written about Madeline Kahn by William V. Madison, Being The Music: A Life is extremely comprehensive and gives readers a great deal of depth about the performer’s career and personal life. William is a pleasure to interview because he did a tremendous amount of research into her life, and is filled with Madeline Kahn information. Another reason, I think I keep coming back to her, is the fact that Madeline unfortunately passed away from ovarian cancer. I have a personal connection with the disease and have even been involved with fundraisers for ovarian cancer research in her name. I have met her lovely husband, John Hansbury, who continues to raise awareness for ovarian cancer research and funding.

A: Without a doubt, Young Frankenstein. Just because she was hilarious. Her timing is impeccable.

Q: Your audio biography ends with a nightclub recording of Kahn doing a phone sex lines sketch from 1965. Where did you find this?

A: William V. Madison provided all the amazing clips that we feature in this audio documentary, including this rare nightclub recording of Madeline. It was provided by Madeline’s brother, Jeff.

Q: Are there any fun facts about Kahn that you’ve learned over the years that you weren’t able to include in your audio profile about her?

A: Not so sure this is a fun fact, but, Bill Cosby was very, very fond of Madeline, and we have an audio recording of Cosby speaking about her professionalism and work ethic. We chose not to use the Cosby audio, for obvious reasons, but they did have a great relationship.

Q: We seem to be living in a Golden Age of women in comedy. Who are some other comediennes from the past you’d like to do podcasts on?

A: Currently living, I would love to feature Carol Burnett, and of women who have passed on, Lucille Ball, Phyllis Diller, Joan Rivers, and Gilda Radner. These women were trailblazers.

Ready to learn more about Madeline? Smaldone’s audiobook Madeline Kahn: Her Life Explored is now available on iTunes and Amazon.

0 comments on “Madeline Kahn: What’s Not to Love?”