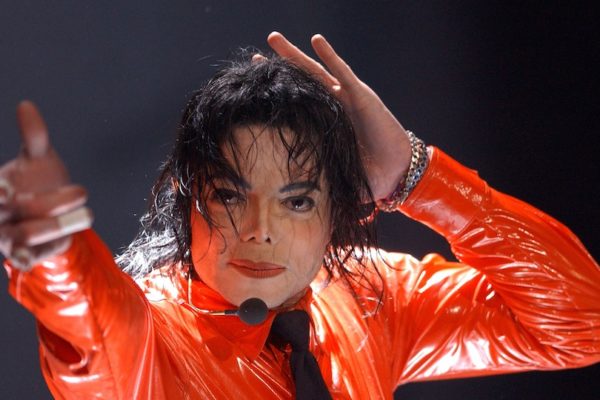 Michael Jackson’s hits are gigantic, songs that have become entrenched not just in music history, but in the public consciousness as a whole. The levels of superstardom and musical dominance that he reached in the late ‘70s and ‘80s have rarely been approached. But his solo career spanned much more than that, to include the years when he was still an enormously talented youngster escaping the shadow of his brothers, as well as the post-Thriller/Bad era when his musical output was occasionally overshadowed by the public’s fascination with his personal life. His catalog is a fascinating, sometimes bumpy ride, one that includes several songs aren’t as well-known as the classics, yet still worthy of great acclaim.

See Related Post: “Top 10 Albums That Defined Being A Teen in the ’80s”

1. “I Wanna Be Where You Are” (1972)
Is it possible for a Top 20 song to be underheard? This wonderful track off Jackson’s 1972 solo debut Got to Be There makes a case. Many of Jackson’s early solo singles still have radio legs, such as his bubblegum version of “Rockin’ Robin” and the weirdly touching “Ben.” Yet this combination of sharp songwriting and elegant Motown production doesn’t get that same kind of exposure, even though it might be the best example of both Jackson’s otherworldly vocals and his heartfelt interpretive skills to be found on his earliest records.

2. “Johnny Raven” (1973)
As he was still just a teenager at the time of their release, Jackson had to rely on his Motown handlers to provide him with material on his first several albums. For the most part, that material didn’t live up to thrilling Jackson 5 singles like “I Want You Back” and “ABC.” But Jackson didn’t need much to work his magic, and this track about a love-‘em and leave-‘em type gives him just enough to invest the character with sympathetic traits that aren’t really there on the page.

3. “One Day in Your Life” (1975)
By the time of 1975’s Forever, Michael, Jackson’s voice had lost some of its childish quirks and started to resemble what it would sound like in his trilogy of towering albums that began with Off the Wall in 1979. This song is a bit lumbering and treacly, characteristics that would dog much of Jackson’s balladic output to come. But his charisma wins the day nonetheless on a song which was a huge smash overseas but an also-ran in its U.S. release.

4. “Girlfriend” (1979)
You know about “Say, Say, Say,” the endlessly catchy duet that seamlessly mixed the unique talents of Paul McCartney and Michael Jackson. You also might recall that the pair’s cute but inconsequential duet “The Girl Is Mine” was the choice for the first single off Thriller and hit the Top 5. But you might have forgotten this slinky song that McCartney wrote and handed off to Michael. It served as an album track on Off the Wall. Jackson is right at home with the pop smarts of the melody and the cheek of the lyrics.

5. “Burn This Disco Out” (1979)
Jackson owned the dance floor once and for all, after Off the Wall was unleashed. His idiosyncratic vocal touches playing off Quincy Jones’ smooth but funky production was impossible to resist. The hit singles came fast and furious, but this horn-drenched number that closed the album could easily have been a smash had it not been reserved for album-only status. Rod Temperton, whose songwriting skills dovetailed with Jackson’s talents in almost eerily copacetic fashion, is responsible for this one.

6. “The Lady in My Life” (1982)
An underrated track from Thriller, perhaps the biggest album in pop music history? Well, yes. Of the nine songs on the album, seven were released as singles, leaving only this and “Baby Be Mine” as album tracks. But Jackson and Quincy Jones thought enough of it to put it in the glory spot as the record’s closing track. Written, yet again, by Temperton, it’s a slow-burn ballad, and one of the most compelling displays of romantic passion in Jackson’s catalog.

7. “Farewell My Summer Love” (1984)
Although it seemed at the time like a calculated attempt to cash in on Michael-mania, the project known as Farewell My Summer Love actually turned out as competent as the other teenage albums. Taking a bunch of songs that were initially recorded in 1973 and then adding ‘80s production sheen to them, Motown was able to profit one more time on an artist that had flown the coop. This tale of teenage romance was a reminder of a more innocent time in Jackson’s career and a charming one at that.

8. “Why You Wanna Trip on Me” (1991)
Jackson’s decision to move on from Quincy Jones will always be debated. Jones always put Jackson front and center, but the production became more of the centerpiece on subsequent albums. Still, 1991’s Dangerous features many excellent tracks, even if it’s a bit bloated (another unfortunate characteristic of Michael’s later work). Teddy Riley’s production on this slammer is suitably gritty, and the argument on behalf of concentrating on serious world issues instead of Jackson’s personal quirks makes sense.

9. “Give in to Me” (1991)
Just a few months before the release of Dangerous in 1991, Nirvana’s “Smells Like Teen Spirit” was set free and drastically transformed the pop music scene. This grinder of a ballad seems to anticipate the oncoming onslaught of grunge. Jackson’s impassioned vocals scorch their way through the minor keys and even put special guest Slash’s guitar in the background. Jackson as a rocker was something we never got the chance to hear to a great extent, but this track makes it clear he would have handled it just fine.

10. “Unbreakable” (2001)
Jackson’s final album, 2001’s Invincible, suffered from a lack of focus, which was understandable since the credits demonstrated that the list of collaborators had grown beyond all reason. Still, this opening track gave hope that the LP would indeed be one where Jackson reclaimed his spot on the pop throne. The defiant lyrics are seconded by the power of the performance, producer Rodney Jerkins provides a suitably swaggering rhythmic backdrop, and the effortless rap by Biggie is icing on the cake.