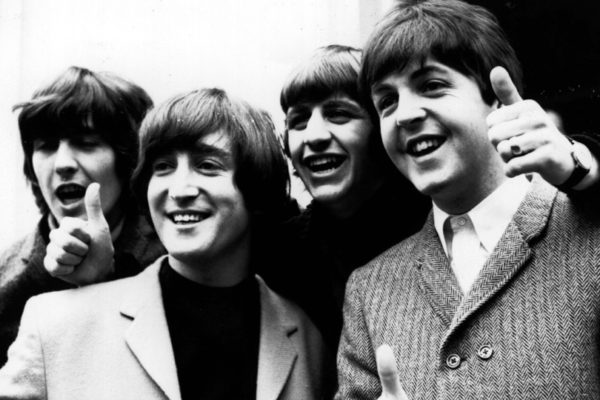 By 1965, The Beatles had already rocked the world with their music and films. They maintained a punishing schedule in order to stay at the top of the proverbial heap. Their lives were a predictable but chaotic cocktail of concert touring, press appearances, and recording. They had little time to think, much less write new music. Brian Epstein, The Beatles’ manager, put the group on a schedule of two albums and two singles a year. In 1963 and 1964, The Beatles’ fans had been rewarded with albums like Please Please Me and A Hard Day’s Night and singles like “She Loves You” and “I Want To Hold Your Hand.” This pace continued in early 1965 with the release of their fifth album, Help!, and the single “I Feel Fine.”

By the time October rolled around, The Beatles had still not begun work on their second album for 1965 — an album that would need to be in the stores by mid-November for the Christmas season. Moreover, The Beatles’ grueling schedule was taking its toll. Their list of new songs to record was shorter than it had ever been. Most groups would probably have churned out a covers album for Christmas. The Beatles knew hundreds of songs that they could have easily recorded in no time at all. But The Beatles weren’t just any group. They set about creating one of the greatest albums ever, Rubber Soul, an album full of spectacular songwriting and equally magnificent performances.

Rolling Stone ranked it #5 of the “500 Greatest Albums of All Time.” Within the same thirty days in which Rubber Soul was recorded, they also recorded and released the first double A-side single, “We Can Work It Out” backed by “Day Tripper.” How did The Beatles manage to write, record, and mix this remarkable album in only thirty days?

PS. For more Deconstructing The Beatles videos, check out our posts on Sgt. Pepper, Revolver, “Penny Lane,” “A Day In The Life,” and “P.S. I Love You.”

10 comments on “Rubber Soul: From Zero-to-Masterpiece in 30 Days”