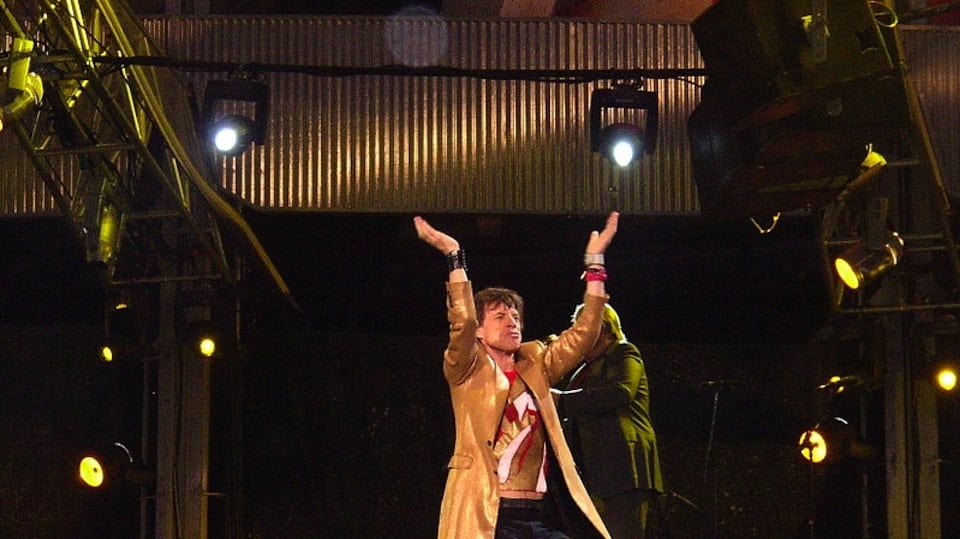 Woodstock… Monterey… Altamont. (Okay, maybe not Altamont.) These are towering Boomer-generation shows that left a lasting impact on music. Albums were recorded, movies were made, iconic moments occurred. Things changed in the culture after each and every one of those events. Now comes… Desert Trip? Conceived by the folks behind Coachella, Desert Trip is squarely aimed at us “old-sters.” The 2-day festival takes place this October in Indio, California and features an impressive lineup: Paul McCartney, Dylan, The Who, the Stones, Neil Young, Roger Waters. All of them are legends. And their combined ages tally at…“717.” (I did the math.)

Now as a late-stage Boomer myself, I’m the first to admit that I love all these guys. And each of ‘em can still put on a hell of a show. Witness Jagger still prancing his scrawny ass off and McCartney’s 3-hr.-with-no-intermission shows. But to me, this is a too-heavy concentration of legend, music, nostalgia and sheer senior crankiness (and let’s be honest: Roger Waters has been at Stage-5 crankiness since his 20s). Lord knows what the backstage scene will be like.

Anyway, when I first heard about the event, I immediately wondered a few things:

1. Thank goodness it’s in the desert. ‘Cause, “dry heat.”
2. Will performances finish in time for Jeopardy?
3. Will the famous Woodstock/Wavy Gravy announcement to “not eat the brown acid” be replaced by “the scones are NOT gluten-free?”
4. Will there be a physical therapy tent for anyone who throws out their back?
5. Instead of passing around a joint, will folks be sharing from their sample-packs of Cialis?

Look, I guess Desert Trip is one of the few remaining chances to see these icons (the youngest is Ronnie Wood, a sprightly 68). And I suppose that the artists are following a path carved out by blues and jazz musicians who kept playing (and who, in many cases, got better) as they got older. But these are also the guys who, in their own ways, symbolize a certain raucous youth. How does that square with the fact that now, Macca clearly dyes his trademark “mop top” and Daltrey should not be removing his shirt? Will Neil Young next be penning a blistering takedown about the service during the Early Bird? I’m just ruminating on the fact that the process of getting older brings changes (don’t I know it) that don’t necessarily align with the image they began cultivating 50 years back.

I anticipate that the music will be great; after all, these guys have perfected their performances. But I humbly offer a suggestion (which the promoters won’t take): perhaps offsetting this lineup with a few “younger” acts would make it less bombastic? A few years ago, I saw the Scorsese documentary on the Stones, Shine a Light. By including Christina Aguilera and Jack White (and the legendary Buddy Guy – or as Keith Richards lovingly introduced him, “f***ing Buddy Guy”), new shades emerged in their music, and energized it.

What if Green Day and The Who played on the same stage? Or the Foo Fighters with McCartney? Maybe Beck and Neil Young? To my mind, injecting other artists who were influenced by the older ones would add some contemporary “zing,” highlight the music in a fresh new way – and cut some of the heavy gravy (which Jagger hasn’t allowed himself in four decades). Clearly, having sold out in five hours (although tix can be had), Desert Trip will be “an event.” Whether it will pack the same punch as concerts like Woodstock remains to be seen. At least the attendees will be sleeping at a DoubleTree and not in a field.