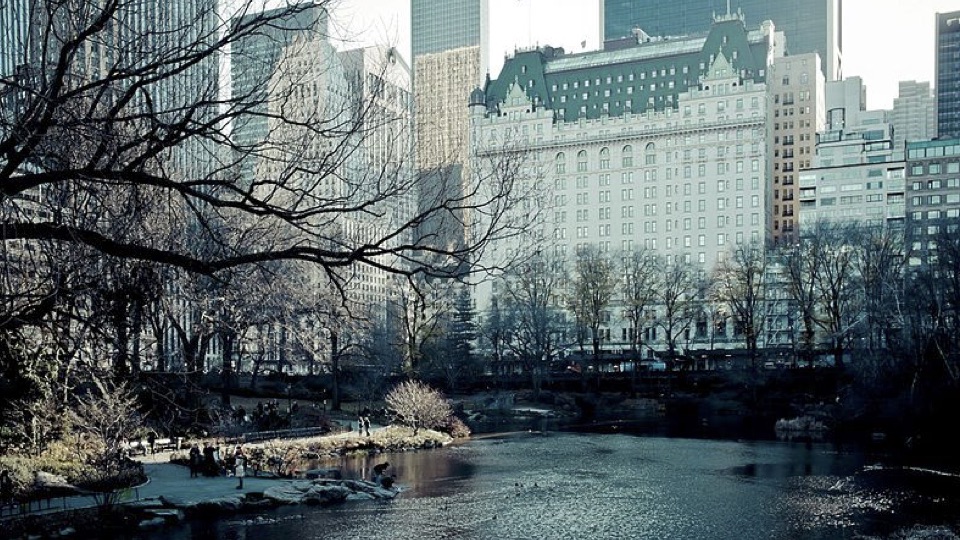 The Beatles have had more impact on music than perhaps any other band. That’s pretty much accepted opinion. To all of the Beatlemaniacs out there still longing to experience certain iconic moments from their career, there are several hotels that are part of their history. Today, you’re free to book a room and soak up a little of the historic Fab Four magic. The Beatles toured all over the world, and –no surprise — many key moments happened when they were in their pre- or post-gig lodgings. Here are a few places where you can relive them (room service, not included).

The Beatles were having a quite ordinary stay at the hotel, jamming out and writing hit songs such as “I Feel Fine” when they got the news that they had charted at #1 in the US with “I Wanna Hold Your Hand” and were going to NYC to perform live on The Ed Sullivan Show.

The Fab Four celebrated with a euphoric pillow fight, which was immortalized by the tour photographer, Harry Benson, who was hanging out with the band in their room.

The band’s landing in the US was marked by sheer hysteria. With fans screaming outside their hotel and heavy police patrols, it was obvious that the Beatles were already big. However, no one could anticipate the explosive proportions their fan base would take on after their appearance on The Ed Sullivan Show.

Related: “Everything Fab Four: ‘Ladies and Gentlemen, The Beatles!'”

The band’s first stay in America was at the Plaza. That’s where they prepared for their performance, and where George had to be taken care of by his sister due to a sore throat. The rest of the band had an impromptu photoshoot with paparazzi in Central Park, truly giving the people what they wanted.

The Plaza may have been the hotel where the band first stayed at in the US, but the band commonly stayed at the Warwick in most of their later visits. In 1966, during their third tour in the country, the band even held two press conferences at the hotel.

As the band members all said in interviews, their time in India wasn’t as relaxing as they thought it would be. During their one-day layover, they were followed by fans and sneaking out wasn’t an easy task.

After successfully getting out through the backdoor of the hotel and doing a little sightseeing, the band stopped at Rikhi Ram’s instrument shop, as Harrison’s goal in going to India was to learn how to play the sitar. The store then arranged for an employee to take the instruments to their hotel room, where they famously had private lessons in room 438.

Harrison went back to India later that year for six weeks to study sitar with Indian musician, Ravi Shankar. And the instrument was prominently used in the band’s next album, Sgt. Pepper’s Lonely Hearts Club.

In 1968, Lennon and McCartney held a press conference at what was then known as the Americana Hotel, now the Sheraton New York Times Square Hotel. It was to announce the creation of Apple Corps Limited, the band’s multimedia corporation, which was from then on responsible for the Beatles.

The idea of creating a company came from the band’s accountants as a way to essentially pay less in taxes. The proposition resulted in the band’s decision to “play businessmen”, as Lennon himself cleverly put it, followed by the creation of the company that quickly became a creative outlet for the members.

0 comments on “5 Iconic Beatle Hotels To Stay At Now”