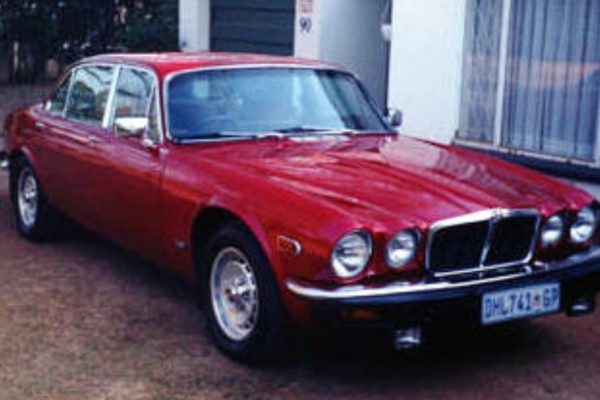 So, it happened again. I was looking up Jaguar XJ6s online to get inspired and sure enough, there is one for around $5000 that looks to be in mint condition. Never mind, it’s in Florida and I live in Seattle. Even when I’m not in need of a car, I have the ache to own this make and model. And I’ve come close a couple of times. A few years ago in Ballard when we were actually looking for a car — our Neon was petering out — I saw a woman getting out of her powder blue Jaguar XJ6 (from the ‘80s) and since she seemed friendly, I started talking to her about her car. She told me that they are actually not that expensive, and that you can pick one up for under $10,000! (That was within our budget.) She encouraged me to keep an eye out so I came home that day with visions of Jaguars dancing in my head.

I gleefully explained my encounter and the resulting fantasy to my husband but he quickly shot it down. What about the gas mileage? (Bang.) Costly repairs?! (Bang.) Was I factoring in that this was a car I’d be using for yard work? (Bang.) Suddenly my recurring dream of owning a Jaguar was full of holes. Or was it? As it turns out, my husband has a certain affinity for the Jag as well. As a kid, his family would often house sit for his Mom’s boss who had a Jaguar XJ6, too. The model that man owned had flip-down writing desks in the backseats so he and his brother would go into the car and spend hours drawing. So, if he could have a level head about it, why couldn’t I?

My own nostalgia for the car — right down to the color — dates back to my first love. As a farm girl living in a rural Western Nebraska (a.k.a. the Panhandle), I was an avid fashion mag reader. Like many teens, I would tear out photos of my favorite models and fashions and put them on my wall or underneath my bed. In the summer of ’86, while on the way to a Music and Arts Camp in Lincoln, I noticed an ad for the powder blue Jaguar XJ6 in a copy of Vogue that I’d brought along. I’d never seen such a handsome, sexy car. It took my breath away. I immediately tore the picture out as a keepsake. (This had never happened to me with a car before, folks.)

As luck would have it, at that same Arts camp, I fell for a handsome guy from Scottsbluff — about eight miles from my hometown of Mitchell. A few weeks after I returned home and after not hearing from him, I resorted to writing him a gushy letter. It worked. We were soon dating. I mention this because one of the first times I went over to his house near the Country Club, we went into the garage and lo and behold, there was the powder blue XJ6 Jaguar from the ad. I took this as a sign. Obviously, we were destined to be together.

We actually did end up being a couple for about seven years, give or take a few separations. (We were young, people.) But I only got to drive it once when we had gone out and he felt sick, leaving me to drive the car home. It was so powerful, secure, and heavy on the road. I’ve never driven a tank, but this is what it felt like on the road — a smooth-driving tank. I was very cautious and careful, but I knew that sucker could burn some serious rubber if given the chance.

Another time, he took me to a high school dance in the Jag. As we pulled up, a lot of my classmates were arriving in their muscle cars. None of them were happy to see me stepping out of that Jag with my boyfriend from another town. The glares were piercing. And don’t get me wrong, I’m a sucker for a muscle car, too. I currently have my eye on the new burgundy Dodge Challenger that takes my breath away…

As for my husband and I, we responsibly ended up buying a used 2008 White Toyota Scion XD in very good condition. It’s a standard shift which means it comes with a steep learning curve, especially in Seattle which has a lot of hills. So now I sit here contemplating, having just taken our “practical” car in for another round of repairs, following a year in which we’ve already (expensively) replaced the clutch and all four tires. And despite the joy of occasionally feeling like a race car driver when I shift into a new gear, I am longing for an automatic and a huge bumper to protect me from rear-end collisions (more on that another time).  So, would the Jag have been such a bad choice… Maybe someday in the future, I’ll decide to find out. Apparently, they are still out there for the picking.