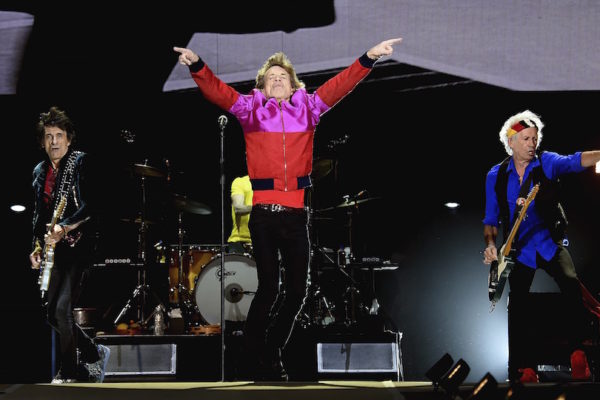 This spring, CultureSonar started covering The Beatles on a weekly basis because the content was so consistently popular. But when it comes to what has garnered the most traffic and interest on our site in 2017, it wasn’t solely Beatles posts that rose to the top (admittedly, half this list would be Fab Four-related if we didn’t excise it).  So what did you like to read about when it wasn’t about John, Paul, George, and Ringo? Find out via our Top Ten list below:

1. The Fans Have Spoken: Top Ten Rock and Roll Hall of Fame Snubs
While you respected our grievances regarding major Rock Hall omissions, you had your own suggestions including The Moody Blues, Warren Zevon, and Jethro Tull.

2. All the Rock That’s Fit to Print
What are the best memoirs of rock n’ roll? How about Keith Richards’ Life, Bruce Springsteen’s Born to Run, and Grace Slick’s Somebody to Love?

3. Genesis Tour Manager Recalls His Role in One of Rock’s Most Embarrassing Moments
Genesis tour manager Regis Boff shared a hilarious first-person account of working with Peter Gabriel and company.

4. Remember Melanie, the Folkie Who Sang About a “Brand New Key”?
This folkie’s catalogue actually runs much deeper than those classic radio favorites, and includes gems like “Beautiful People” and “Lay Down (Candles in the Rain).”

5. Six Women Currently Snubbed by the Rock & Roll Hall of Fame
The merits of Stevie Nicks, The Shangri-Las, Dolly Parton, The Go-Go’s, Kate Bush, and Sister Rosetta Tharpe are not to be disputed.

6. 45 Songs that Changed Music
Marc Myers’ pop music book about iconic songs, told through interviews with the composers/lyricists, are collected in Anatomy of a Song.

7. The 10 Best Rolling Stones Songs You May Have Never Heard
The most casual classic rock fan can probably not sing along with Mick Jagger and company on all of these tunes.

8. Five Songs Some Said No One Should Cover and Then…
You’re missing out if you haven’t heard Chaka Khan’s “Is That All There Is?” or Macy Gray’s “Here Comes the Rain Again.”

9. Joni Mitchell’s “Hejira”: An Underappreciated Masterpiece
The subtext and wisdom of the Canadian singer-songwriter’s eighth studio album has evolved and deepened over time.

10. 40 Years Later: Appreciating an Unusual Beach Boys Album
Love You marked the return of Brian Wilson as the creative commander-in-chief.

PS. How much has your taste changed over the last year? Check out CultureSonar’s top ten posts from 2016 (which comes with the same caveat).