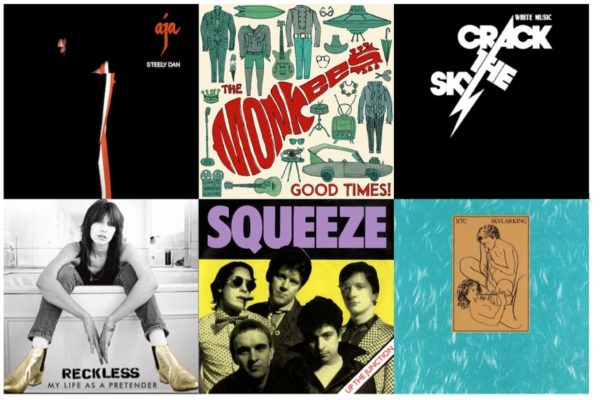 One thing we learned over here at CultureSonar in 2016: Our readers share our ongoing, deeply felt passion for The Beatles. The band is as fresh to our readers as it was decades ago. So we put together a list of our most popular Beatles posts from the last year. Having done that, we decided to create a second Top 10 List of posts that were NOT about the Beatles. Here’s what you most like to read about when you’re not feeding your obsession with John, Paul, George, and Ringo.

1. Steely Dan’s Aja: Eight Minutes of Genius
For many music lovers, this album is their first choice for a late-night listen accompanied by iced Manhattans.

2. A Staggeringly Good New Album from… The Monkees
Their new release Good Times! may feel like the ’60s but this isn’t simply an exercise in nostalgia.

3. The Best Band You’ve Never Heard
For some reason, most music nerds outside of Baltimore have never heard of the band Crack the Sky. This article will correct that.

4. 31 Concept Albums You May Have Missed
Three unifiers behind these albums: They’re all interesting, great listens, and from the last 50 years.

6. Why Doesn’t Anyone Record Squeeze’s Songs?
Maybe they’re just too quirky. Or too complex. Or too English in their very-specific references. Sure, there have been a few covers, but not nearly as many as we, at least, would want.

7. Your 10 Favorite Concept Albums
Inspired by our concept album list (See item 4), many of you wrote to suggest albums we missed.

8. Charlie Watts Swings
The Rolling Stones drummer shows a completely different side to his artistry by diving into jazz.

9. Bob Dylan’s Rebirth: An Ode to His Days with The Traveling Wilburys
This homage to the supergroup was just one of the pieces we did on the Nobel laureate. (Click here for more Dylan!)

10. Andy Partridge Looks Back at XTC
Post-punk vocalist Partridge told all in his new memoir Complicated Game: Inside the Songs of XTC.

P.S. Click here to find out what our most popular posts were at CultureSonar in 2015.