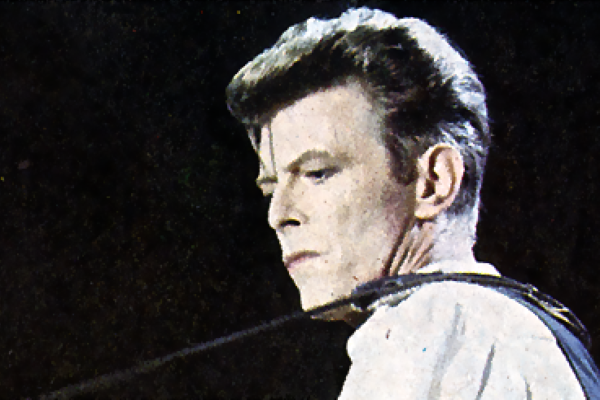 2016 was a tough year, not least of all because we lost so many amazing musicians. Classic Rock (Keith Emerson), Country (Merle Haggard), Folk (The Weavers‘ Fred Hellerman), Jazz (Bobby Hutcherson), Rap (Phife Dawg), R&B (Mack Rice) New Wave (Dead or Alive’s Pete Burns), even Zydeco (Buckwheat Zydeco)…Not a genre survived this year without some staggering loss. We knew it was going to be a rough one when David Bowie died in January but we didn’t know just how rough until Prince passed away just a few months later in April. And now George Michael’s dead. Frankly, we’re still not over the heartache or the grief so we thought we’d share a few of the posts we did that honor a handful of these great artists that are no longer with us.

The last albums and recordings of Bowie – from Heathen and Reality to “Blackstar” – were an embarrassment of riches.

One way to reveal the 5th Beatle’s impact on the Fab Four is to look at his contributions to “I Am the Walrus.”

Everything that George Michael was or was to become as a musician is present in “Faith.”

You’re unlikely to find a better intro to Frey’s legacy then the doc History of The Eagles (Story of an American Band).

This soulful virtuoso had a versatility in gospel-infused southern boogie piano rock, blues and country that remains unsurpassed.

This singer-songwriter has the distinction of being known as much (if not more) for other singers’ renditions of his tunes.

Is there any greater testament to his talent than how well “Shining Star,” his first hit with Earth, Wind & Fire, holds up?

You know our respect is great since CultureSonar devoted its first-ever podcast to The Purple One (and was grieved to see his protégé Vanity pass this year as well).

This singer, backed up by the Dap Kings, blazed a fiery path with her incredibly charismatic and powerful performances.